The NDP and the Liberals have both announced promises to set a zero interest rate on student loan debt. The idea is to help former students who are struggling to repay their loans. But this will not help those most in need – borrowers in the Repayment Assistance Program (RAP) who already pay zero interest, as well as borrowers in default who are at risk of financial penalties.

Jagmeet Singh made a splash recently with a tweet saying the Trudeau government was profiting from student loans, and that an NDP government would set the interest rate on federal student loan debt to zero. The controversy over the first assertion has distracted from the proposal itself, which was unfortunate because it was the most substantive proposal on financial aid to post-secondary students in the campaign at that time. The Liberal platform, just released, makes the same commitment.

So, what would the change mean for students? Who would benefit, by how much and is it a good way to improve affordability and access to post-secondary education?

The short answer is that a zero-interest-policy would do little to encourage lower-income students to go to university or college, and would benefit only a relatively small number of people struggling with student debt. There are alternative policies including further expansion of the existing program that helps those on lower incomes, as well as more debt forgiveness more quickly – that would be better-targeted at those most in need.

Background: how much student loan debt do Canadians have? 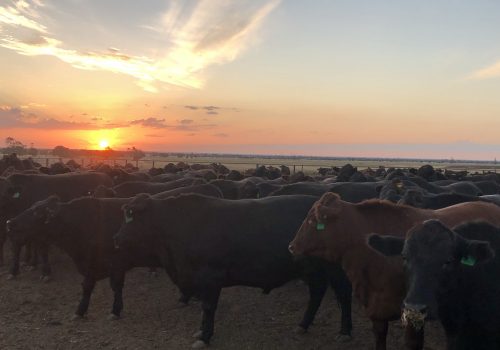 Total student loan debt owed by Canadian households stood at around $37 billion in 2016, according to the Survey of Financial Security. Overall, about 12 per cent of Canadian households carried student debt a figure that has been stable for the past two decades. For that 12 per cent of households, total debt has risen somewhat in real terms across much of Canada since 1999 (Figure 1), but rising household incomes means that it has been mostly stable or even decreasing as a percentage of after-tax income for those households (Figure 2).

The average debt owed to the federal government at the time of leaving school for those who took out federal student loans roughly half of all college and university students was $13,549. For students who borrowed for certificate or diploma programs, the figure was $10,053, while for those who borrowed for bachelor’s degree programs, it was $16,345. Borrowing was substantially higher for MA and PhD programs. Fifteen per cent of school leavers with student loans had a federal loan balance of more than $25,000.

One reason that governments run student loan programs is that private lenders might not lend to https://getbadcreditloan.com/payday-loans-tx/lindale/ young people with limited financial resources who have no physical asset that can be sold or repossessed in the event of a failure to repay. Governments can step in and, if they choose, can potentially make money on the loans by charging interest on student loans, as long as not too many students default.

While this could mean that a student loan program could bring in more revenue than it costs to make the loans, that is not the case for the Canada Student Loan Program (CSLP). In 2018-19, interest revenue was $852 million, but the costs of borrowing were $687 million, and the write-off of debts that were deemed unrecoverable was $300 million. In addition, the administrative costs were $137 million, and payments to provinces (mostly to Quebec for running their own student loan program) were $500 million.